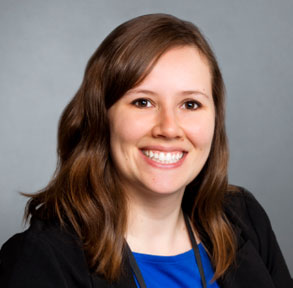 Liz is the newest associate attorney at John D. Wheeler & Associates. She graduated first in her class from the University of Dayton School of Law in Ohio in 2017. While attending the University of Dayton, Liz served on the law review as a staff writer and a comment editor. Her comment analyzing the citizenship status of American Samoans was selected for publication by the University of Dayton Law Review and was published in the Winter 2017 Special Edition. Liz also worked as a research and teaching assistant for two professors while attending law school. As part of her work as a research assistant, Liz assisted Prof. Thaddeus Hoffmeister in completing two legal texts: an Ohio-focused criminal law book entitled “Criminal Law: The One-state Solution” and the social media edition of the “In a Nutshell” legal series.

During law school, Liz completed an externship with the Department of Law for the City of Dayton, where she worked directly with the City Attorney to draft proposed legislation and research topical legal issues.

Before embarking on a career as an attorney, Liz worked as a receptionist and legal assistant at John D. Wheeler & Associates. Liz was also an active political advocate, and during the 2010 and 2012 elections, Liz worked for political campaigns as a field organizer and manager to increase voter turnout in southern New Mexico.

Liz is originally from Pennsylvania, but her husband’s military service has taken them around the country. Currently, Liz works from her home in California, while her husband is stationed at the Air Force Space and Missile Systems Center at Los Angeles Air Force Base.